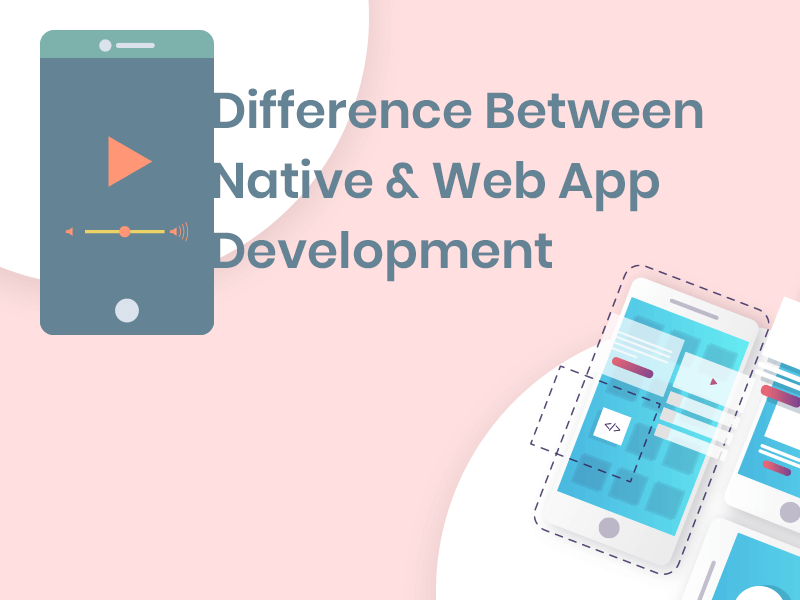 The use of apps has been increasing day by day. With the increasing rise in the use of smartphones, it has become inevitable for almost every business to provide apps to their customers. If you are into the development of apps, you must be knowing that apps are of two types-native and web. You must communicate the difference between the two to your prospective clients so as to avoid any confusion later. We shall here discuss the difference between native and web apps and also their pros and cons.

The apps that are developed for a specific type of mobile device and the ones that can be installed directly in the device are classified as native apps. Users can download these apps through App Store.

Native apps are built for a particular operating system such as Apple iOS or Android OS. So, an app made for Android will not work for Apple and vice versa.

The apps that can be used through the mobile browser and the ones that require an internet connection to operate are known as mobile web apps. These apps can be accessed directly over the internet and they do not require a device installation, unlike the native apps.

These apps are developed using technologies that are similar to the website. For example, both require HTML, CSS, JavaScript and similar language. This means that such apps can be operated from most of the devices.

Both Native and Web Apps are different and both have their own pros and cons. The choice between them depends upon several factors. If you want to build an app that is versatile in terms of operating systems on which it runs, then a web app is a favorable choice. But if want to provide an app that is more feasible with the device and rich in terms of interaction, then a native app is the best solution.

Apart from this, the cost of both also remains a factor. The development for both is different and so it depends on you to decide the budget and select the choice accordingly.

If you still have confusion, you can always consult an expert. All need to do is approach a reputed app development company. Tell us in comments about how did you like the article.