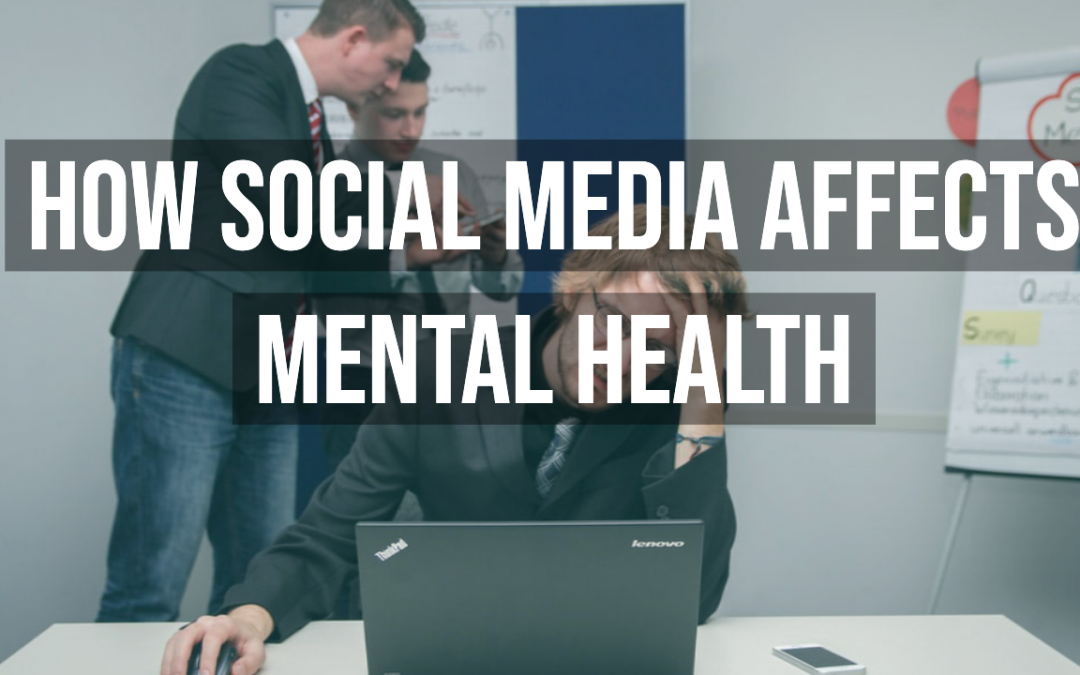 There is no denying that social media has grown to become an integral part of everyone’s social life today. Facebook, Twitter, and Instagram, for example, are now immensely popular amongst both the millennials and the older generation. Coincidentally or otherwise, cases of mental disorders among young adults appear to increase with the increase of social media popularity. Well, we cannot authoritatively say that the two stats are correlated, but we cannot turn a blind eye either of them. That is why we are focusing on 6 possible relationships between social media and mental health, 3 being positive and 3 negative.

3 Positive Effects of Social Media on Your Mental Health

Social media helps us to find answers to problems that affect us, share our stories with people who are or who have been in the same situation as we are in, and to make new contacts. Of course, social media is filled with people who understand and share our struggles, who are willing to be part of our support system. This is both inspiring and empowering, and has a spiral effect of an individual’s improved mental health. Here is the evidence:

1. Fostering a sense of belonging

Social media is one large and welcoming community that gives every user some strong sense of belonging. Social media groups, for example, are formed by individuals who share a common belief, profession, or life challenge. That makes each member feel like they are an important part of a community.

How does this benefit your mental health? Well, according to a 1999 scientific study by the School of Nursing at the University of Michigan, a strong psychological sense of belonging can help you overcome depression and other mental health problems.

2. A repository of your fond memories

Social media has grown to become the repository of most people’s fondest memories. As a matter of fact, social media is the main motivation behind most photos nowadays. Answer this as truthfully as possible: Would you be taking as many pictures as you do now if you weren’t on social media? Most likely, no!

The Instagram pictures you posted after a happy event, for example, will always be a constant reminder of your exciting past.  If you are stressed or anxious prior to an interview, going through photos of your graduation on Facebook, for example, can help you relax and regain your lost self-belief. According to study findings published in nature.com on January 2019, positive memory reduces your chances of suffering depression and significantly boosts your mental health.

When youths engage with one another on social media, they gain basic social and technical skills that help them to express themselves better and with more clarity. A guy who is attracted to a girl, for example, will have an easier time expressing his interest in the girl via social media chats than in face-to-face interaction. This form of self-expression wasn’t available before social media.

3 Negative Effects of Social Media on Your Mental Health

Cases of cyberbullying and social media trolls have been cited before as a cause of depression and a feeling of self-worthlessness amongst young people. There are also psychologists who argue that chronic sleep deprivation that social media users have can be detrimental to their health. Here are 3 more destructive aspects of social media in regards to your mental health:

1. Toxic comparison can lead to depression

A recent study that was published in a popular medical journal revealed that comparing your life with other people online can lead to depression, regardless of whether you are doing better than them or not. And with millions of photos being posted on social media on a daily basis, you cannot help but compare your life to your friends as you scroll through your social media feeds. There have been numerous cases reporting to these issues, however, if you are struggling with depression, approaching an experienced life coach would help you find clarity and solve the problem.

Brian Primack and other researchers at the University Of Pittsburgh School Of Medicine recently found out that overusing social media can leave you feeling socially-disconnected from the real world. This form of social isolation leads to depression and when unattended for long, encourages suicidal thoughts. That is according to a separate study by the Association for Psychological Science.